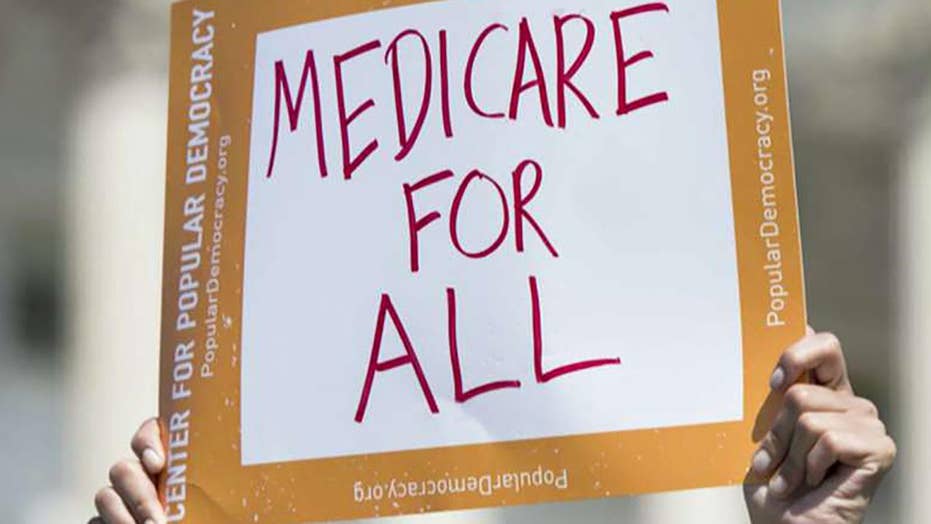 Can the left’s ‘free-for-all’ Medicare work?

As the national health care debate rages on, Seattle has decided to support Medicare-for-all.

Last month, Seattle Rep. Pramila Jayapal introduced a bill, the Medicare for All Act of 2019, that would transition Americans to single-payer government-paid health care but does not explain how the government will pay for the plan.

This week, Seattle Mayor Jenny Durkan signed a City Council resolution in support of Jayapal’s bill, making Seattle the first city to back a Medicare-for-all bill.

“The U.S. has among the worst health outcomes in the developed world despite spending roughly 19 percent of our nation’s gross domestic product (GDP) on health care,” Seattle Council Member M. Lorena González said in a statement. “A single-payer system would improve health outcomes while lowering the cost of medical care and insurance.”

In the 2016 election, Sen. Bernie Sanders ran on universal health care and this election cycle many more Democrats, including Sen. Kamala Harris and Elizabeth Warren, are supporting the concept.

Jayapal’s would be the first Medicare-for-all bill to receive a hearing in Congress.