Sanders praises China’s ‘progress’ against ‘extreme poverty’: ‘Done a lot of things for their people’ 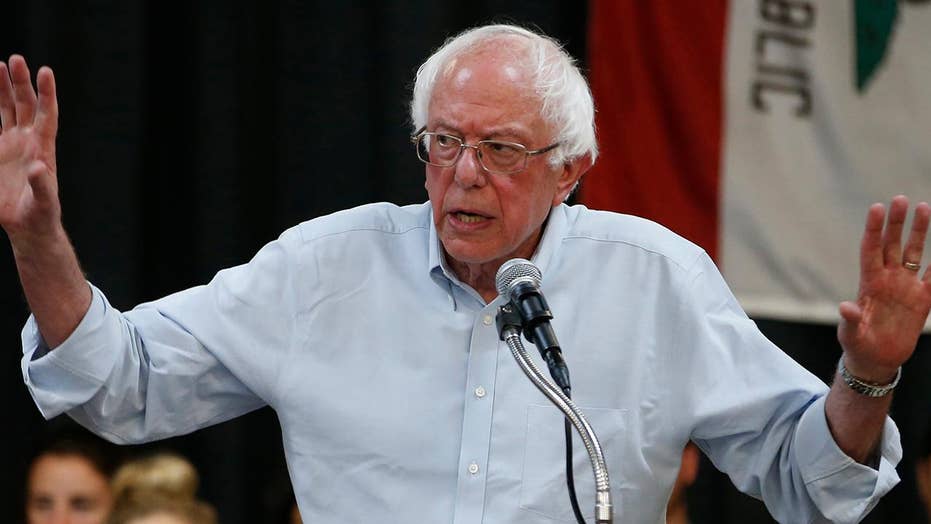 Sen. Bernie Sanders, I-Vt. has claimed that China has done more to help its people escape extreme poverty than any other country.

“What we have to say about China in fairness to China and its leadership is — if I’m not mistaken — they have made more progress in addressing extreme poverty than any country in the history of civilization,” Sanders told The Hill on Tuesday. “So they’ve done a lot of things for their people.”

He acknowledged, however, that the country was moving in a more “authoritarian” direction, an apparent reference to Beijing’s response to pro-democracy protests in Hong Kong.

Sanders’ comments are the latest compliments the self-described “democratic socialist” has paid to Communist regimes, following praise of Cuba and the former Soviet Union.

According to the World Bank, nearly 800 million people in China have escaped poverty since the 1980s, soon after China’s rulers enacted economic reforms meant to open the country to foreign investment and introduce a degree of competition to domestic industries. Around that time, China tried to encourage economic growth by implementing a “one-child” policy — a restriction the U.S. State Department said fed a regulatory scheme that was “tantamount to coercion that leads to abortion.”

According to data obtained from China’s own health ministry in 2013, doctors had performed more than 330 million abortions and 196 million sterilizations since 1971 when China began population control efforts. The nation didn’t formally implement the one-child policy until 1979.

The one-child policy is one of many Chinese policies criticized by the United States. In a 2018 report, the State Department cited issues such as government torture, political prisoners, forced disappearances by the government, and “severe restrictions on labor rights.” Media outlets have focused particularly on the Uyghurs, a largely Muslim ethnic minority which has been subject to internment and re-education classes.

The Chinese government has also caught attention for its “social credit system” that scores citizens and has resulted in millions being denied access to certain methods of travel. China has similarly restricted freedom of movement through its Hukou system, which the State Department has argued results in abuse of migrants from rural to urban areas.

“Individuals from a rural area who migrate for work to an urban area usually cannot register and live there legally. Unregistered urban residents are therefore vulnerable to abusive employers who can use threats of arrest as a form of coercion,” it said in a 2013 report.

The Department’s 2018 report said that the system had improved but maintained that it was “particularly difficult for rural residents to obtain household registration in more economically developed urban areas.” It also described the system as a form of employment-related discrimination “denying migrant workers access to the full range of social benefits, including health care, pensions, and disability programs, on an equal basis with local residents.”