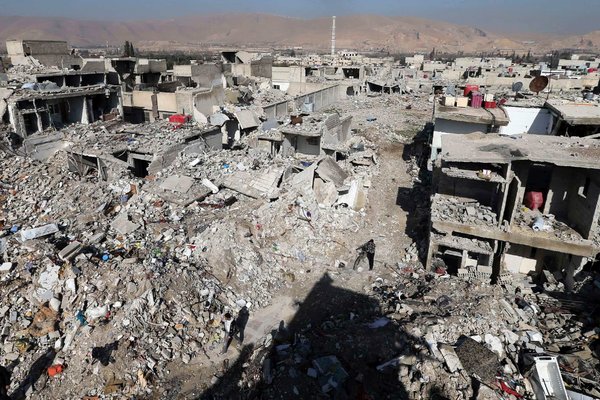 In the latest sign of the intense pressures Syria’s war has placed on its neighbors, Jordan’s prime minister said Thursday that his country would not accept thousands of new refugees likely to flee Syria if President Bashar al-Assad’s government collapsed.

“We do not encourage our Syrian brothers to come to Jordan because their country needs them more and they should remain there,” the prime minister, Abdullah Ensour, told reporters in Amman, Jordan, according to Reuters. “We will stop them and keep them in their country.”

His comments underscored mounting fears in Jordan that it was being destabilized by the influx of more than 200,000 refugees — many living in miserable conditions in a camp near the border — and by the threat of a spreading militancy from the war. Jordan has already come under criticism from human rights groups for turning backPalestinian refugees fleeing Syria, in what is seen as an effort to maintain Jordan’s delicate demographic balance.

Despite such concerns, Jordanian officials on Thursday tried to soften the prime minister’s comments, which raised the possibility of both a Jordanian military incursion into Syrian territory and a new humanitarian crisis. A government spokesman, Samih Maytah, said the prime minister’s comments had been taken “out of context,” but offered more or less the same formulation: Jordan will continue receiving the refugees “as long as the flow continues at the same rate,” he said. But if tens or hundreds of thousands came across — “if the regime falls or chaos spreads” — Jordan will stop taking them in.

Jordan’s warnings came as a Syrian antigovernment group called for a United Nations investigation into what it said was a mass killing of civilians by government loyalists on the outskirts of the central city of Homs.

The group, the Syrian Observatory for Human Rights, which tracks casualties from Britain using a network of observers in Syria, said 106 people, including women and children, were killed after the loyalists raided the village of Al Haswiya on Tuesday. Whole families were killed, and some victims had been “burned inside their houses,” the observatory said in a statement.

An activist from the area who was interviewed Tuesday after he fled said government troops were “executing people for no apparent reason.” The victims included his 55-year-old uncle, he said, who was killed because he was trying to film the attack.

But the group’s account of the attack and the death toll could not be confirmed. A journalist with the British broadcaster ITV who visited Al Haswiya on Thursday said he was told by locals and government officials that the killings occurred during fighting between rebels and government troops. The journalist, Bill Neely, said he saw blood and human remains in one house, and was told that a woman and five children had been killed there — possibly by rebel fighters who had tried to occupy the house.

Residents told Mr. Neely that about 30 people had been killed in fighting around the village, which is near a military intelligence building that had come under frequent attack by rebels.

“It became clear many people had been killed in the streets, in houses and in orchards,” Mr. Neely wrote. “Exactly what happened I can’t prove.”

Doctors Without Borders said Thursday that its doctors in northern Syria had treated dozens of people injured in government attacks this week, and that many came from an area that has been under “almost daily” bombardment by army helicopters.