Yemen making strides in transition to democracy after Arab Spring 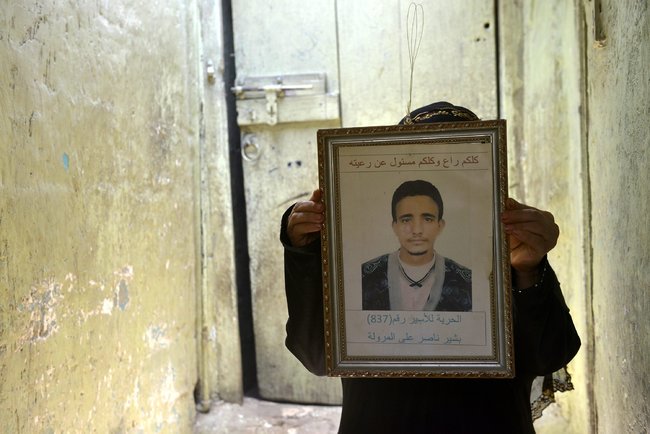 For more than two months, 565 people representing a cross section of Yemen’s population have gathered in a luxury hotel on the outskirts of Sana, the capital, trying to hammer out the shape a future government will take.

It is called the National Dialogue Conference, and it is the closest any of the 2011 Arab revolutions has approached to a peaceful, broad-based transition from despotism to democracy.

“It is the only negotiated transition that exists in the context of the Arab Spring,” said Jamal Benomar, the United Nations special adviser on Yemen. “It is a genuine process, nothing has been cooked in advance.”

President Obama focused renewed attention on Yemen last week with his speech on national security, both for the American drone attacks there and for the scores of Yemenis still held in the prison at Guantánamo Bay, Cuba. He said that he was lifting the moratorium against repatriating Yemenis, which was seen in Yemen as an endorsement of the national dialogue’s progress in creating more political stability.

More than half the remaining 166 prisoners are Yemenis, and among them 56 are low-level inmates long cleared to go home. They are expected to be transferred on a case-by-case basis. Mr. Obama had barred their repatriation after Al Qaeda of the Arabian Peninsula, or A.Q.A.P., a militant group based in Yemen, claimed responsibility for trying to blow up a passenger plane headed to Detroit in 2009.

The Yemeni government is hoping that the United States will help underwrite a new program to rehabilitate the detainees, said Rajeh Badi, a media adviser to Yemen’s president. Washington must provide evidence of wrongdoing if it wants any of them put on trial, Mr. Badi said. The fear that they might join extremist groups is “exaggerated,” he said.

A common sentiment among Yemenis is that the low-level detainees have suffered enough, and that the 56 due to be released are likely to pose little danger. Over all, there are about 90 Yemenis in Guantánamo, Mr. Badi said, and Yemeni officials doubt anyone still considered a real threat will be released.

But in Washington, critics of the Obama administration tend to focus on recidivism. Exact numbers for Yemen are vague, particularly since the estimated two dozen sent home previously faded away from any government oversight in the chaos of the 2011 revolution.

Perhaps the most spectacular example of recidivism is Said Ali al-Shihri, the deputy head of A.Q.A.P., who has been reported killed at least twice by the American and Yemeni governments, yet rises Lazarus-like each time. A Saudi repatriated from Guantánamo, Mr. Shihri fled to Yemen in 2008 after graduating from the Saudi rehabilitation program.

In Yemen, optimists laud the dialogue process as a successful — if messy and imperfect — attempt to forge a more representative political system. Pessimists fret that it is merely a lull in the violence that troubled the country until about a year ago, with explosive issues like the desire of the south to secede posing the threat of bloodshed.

“We have not gotten to the solution,” said Abdulghani al-Eryani, a political analyst and an adviser to the conference. But the dialogue “changed the political dynamic and the balance of power in the country,” he said.

He and others said they believed the dialogue could work in Yemen even though it failed elsewhere, most disastrously in Syria. First, the fragmentation of power, especially within the military, was such that no one faction thought it could prevail.

Second, a small group of elder statesmen cajoled the various factions into avoiding civil war. Third, the Arab Gulf states and the international community were united on Yemen. The United Nations Security Council was involved early, and it unanimously threatened international sanctions against anyone who threatened the peaceful transition.

“We finally got some benefit from being poor and insignificant,” Mr. Eryani said. “The international community is not fighting over interests in Yemen.”

But the problems of poverty, alienation, corruption, unemployment and weak or nonexistent government services, which spurred the revolution in the first place, have not evaporated, nor have powerful players retired.

Electricity shortages plague the capital, for example, because tribes angry at the lack of services cut the power lines. Saudi Arabia has provided assistance, but billions of dollars in aid pledged by Kuwait, Qatar and the United Arab Emirates have not been paid.

The southern secessionist movement is gaining steam, while the Houthis, a rebellious quasi-Shiite Muslim minority in the north, remain restless, although they joined the dialogue.

Al Qaeda has been chased from the territory that it ruled in the south, but it still carries out frequent attacks nationwide.

The national dialogue was supposed to address all those problems within six months after it started on March 18. Participants divided into nine specialized committees are forging a new constitution, and presidential and parliamentary elections are planned for February 2014. While they took to the task with gusto, the schedule is in doubt.

Most working groups “have not come to the so-called nitty-gritty,” said Abdul Karim al-Iryani, a former prime minister and one of the men who shaped the dialogue. “They are discussing general things.”

A plenary session is scheduled for June 8 to review progress, and many expect an extension of four to six months.

The biggest issue shadowing the dialogue is that most of the top political leaders in the south, an independent Marxist country before unification in 1990, are pushing for separation. Most are boycotting the dialogue, so if the conference agreed on a federal system, it is unclear whether they would accept it.

Among the political players, former President Ali Abdullah Saleh, who ruled Yemen for more than three decades, still leads the General People’s Congress, or G.P.C., the former ruling party that has not been disbanded and wields significant influence. Of 22 provincial governors, for example, 17 are still G.P.C. leaders.

Many analysts say they believe that Mr. Saleh, granted immunity for stepping down, is plotting a comeback through the elections. A G.P.C. victory would make him a kingmaker but would probably inspire a new street revolution, analysts said.

Islah, the Muslim Brotherhood branch in Yemen, is part of a coalition called the Joint Meeting Parties and so could probably not dominate a future government the way Islamist groups have in Egypt and Tunisia.

But the power-sharing agreement between the two main factions that paved the way to the national dialogue has subsequently spawned a form of paralysis. Each faction wants an equal share of government posts, which means, for example, that many ambassadors, including a new ambassador to Washington, have not been appointed because of endless haggling.

The military is plagued by personal, tribal and regional alliances, said April Longley Alley of the International Crisis Group. But it is the one area where the leader of the interim government, President Abdu Rabbu Mansour Hadi, has promoted some reform.

A year ago, for example, checkpoints separated the fiefs of three military commanders in Sana. Those are gone, although some violence persists.

The dialogue participants stopped work in protest for one day last week after tribal gunmen killed two southern youths who had the temerity to try to overtake a wedding procession in Sana. “Remember, this is still a country where private citizens own tanks,” noted one diplomat.

Mr. Saleh’s son and heir, Ahmed, was retired as the head of the Republican Guard, which is being folded into the regular military. The military powers of Mr. Saleh’s main rival, Gen. Ali Mohsen, have also been curtailed, although he remains in the presidential palace as an adviser.

Yemenis and outside analysts worry that with those old rivalries bubbling under the surface, the former power brokers are not going to cede willingly to new players who have a role in the national dialogue, including women, youths and minorities. But so far the dialogue has balanced all those competing interests.