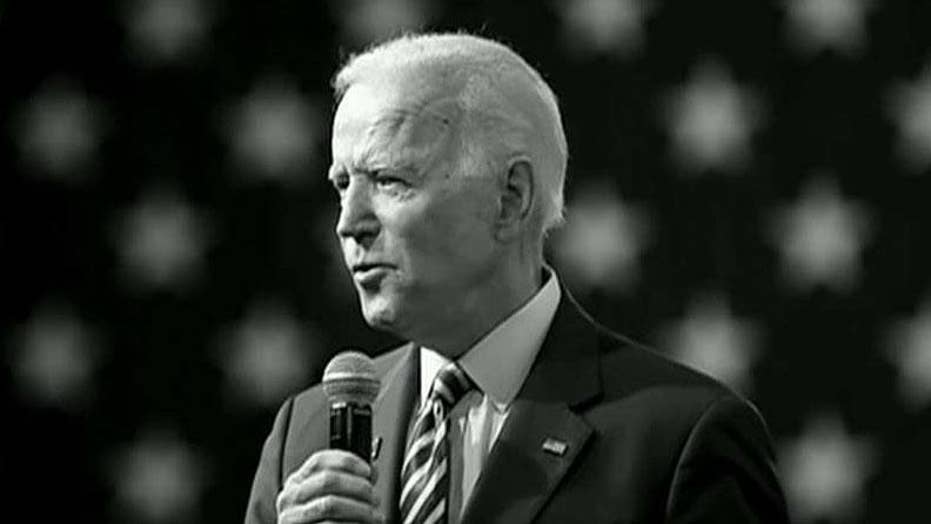 Campaign Trail Mix: Biden campaign officials insist the latest Monmouth poll is a one-off and not part of a trend.

But in good news for Joe Biden after a recent survey indicated a slide for the front-runner as well, the former vice president maintains large leads over the Democratic Party’s progressive standard-bearers in both new national polls, which were released Wednesday morning.

BIDEN PLUNGES IN POLL DESCRIBED AS AN ‘OUTLIER’ BY HIS CAMPAIGN

The surveys, by Suffolk University for USA Today and Quinnipiac University, boost the Biden campaign’s argument that another national survey released Monday indicating he’s locked in a three-way tie with Warren and Sanders was an “outlier.”

Biden – the front-runner in the 2020 Democratic nomination race since even before he declared his candidacy in late April – stood at 32 percent among likely Democratic primary and caucus voters nationwide in both of Wednesday’s surveys. 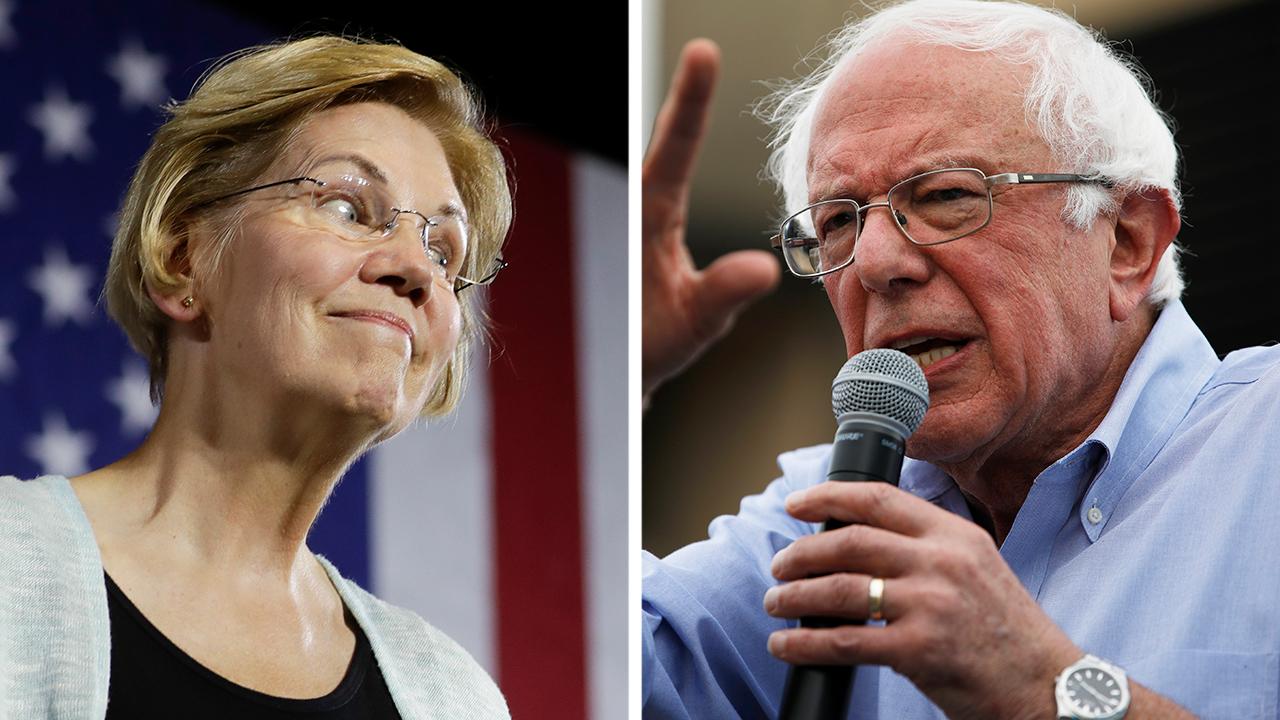 In the USA Today/Suffolk University poll, Biden’s standing represented a 2-point rise from a prior poll in June.

Warren grabbed second place in that poll, at 14 percent, up 4 points from June. Sanders dropped 3 points and stood at 12 percent in the new survey.

Sen. Kamala Harris of California and South Bend, Ind., Mayor Pete Buttigieg each registered at 6 percent in the survey, with tech entrepreneur Andrew Yang at 3 percent, and Sen. Cory Booker of New Jersey and former Rep. Beto O’Rourke of Texas each at 2 percent.

Former Housing and Urban Development Secretary Julian Castro and Rep. Tim Ryan of Ohio were each at 1 percent. Everyone else sampled in the poll registered less than 1 percent.

The candidates who did not receive the support of a single one of the 424 likely Democratic voters questioned in the survey included Montana Gov. Steve Bullock, New York City Mayor Bill de Blasio, former Rep. John Delaney of Maryland, and Sens. Kirsten Gillibrand of New York and Amy Klobuchar of Minnesota.

THE LATEST FROM FOX NEWS ON THE 2020 PRESIDENTIAL CAMPAIGN

The release of the two polls came hours before the deadline for White House hopefuls trying to reach the stage at next month’s third round of Democratic presidential primary debates. The criteria, set by the Democratic National Committee, are campaign contributions from 130,000 individual donors and reaching 2 percent in at least four qualifying polls.

Ten candidates have already qualified to make the stage for the third and fourth round of debates. They are Biden, Booker, Buttigieg, Julian Castro, Harris, Klobuchar, Beto O’Rourke, Sanders, Warren and Yang.

Billionaire environmental and progressive activist Tom Steyer has reached the fundraising threshold – but is one poll short of qualifying. Rep. Tulsi Gabbard of Hawaii has also hit the donor threshold and is two polls shy of making the cut.

Neither reached 2 percent in either new poll.

The Suffolk University poll for USA Today was conducted Aug. 20-25. The sampling error for questions regarding the Democratic primary race is plus or minus 4.76 percentage points.

The Quinnipiac University poll was conducted Aug. 21-26, with 1,422 registered voters nationwide, including 648 Democrats and independents who said they lean toward the Democratic Party. The sampling error for questions regarding the Democratic primary race is plus or minus 4.6 percentage points.