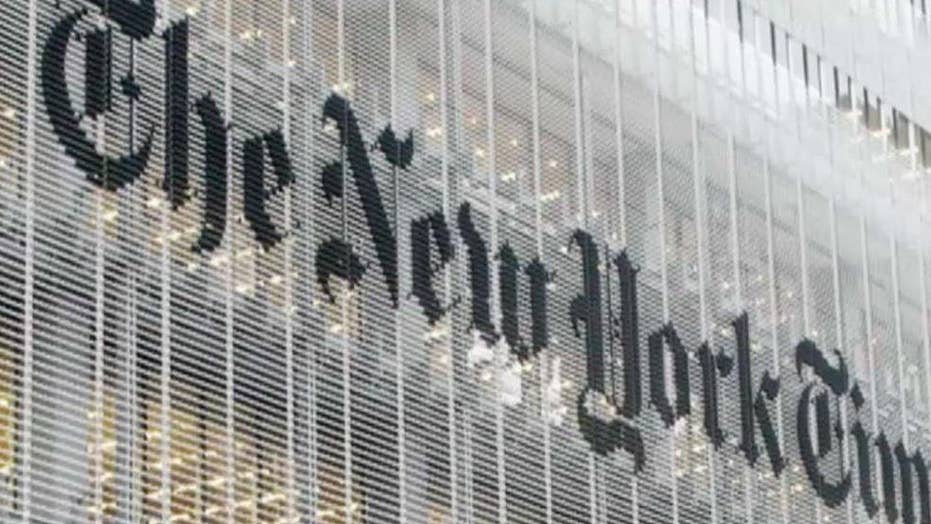 An editor’s note corrects a glaring omission in the accusation against Brett Kavanaugh that touched off a political firestorm; Fox News media analyst Howard Kurtz reports.

President Trump blasted The New York Times over its supposed bombshell report on Supreme Court Justice Brett Kavanaugh, calling on “everybody” involved in the “smear” to resign.

“I call for the Resignation of everybody at The New York Times involved in the Kavanaugh SMEAR story, and while you’re at it, the Russian Witch Hunt Hoax, which is just as phony!” Trump tweeted Monday evening.

“They’ve taken the Old Grey Lady and broken her down, destroyed her virtue and ruined her reputation… She can never recover, and will never return to Greatness, under current Management. The Times is DEAD, long live The New York Times!”

Late Sunday, The New York Times walked back an explosive report about a resurfaced allegation of sexual assault by Kavanaugh from his college days. The piece by Robin Pogrebin and Kate Kelly, adapted from their forthcoming book, alleged there was corroboration of an incident in which Kavanaugh, as a college student at Yale, exposed himself to a female classmate at a party.

However, The Federalist’s Mollie Hemingway — who reviewed an advance copy of the book – flagged an omission and the paper eventually revised the controversial story after being lampooned on social media over the gaffe.

The update included the significant detail that several friends of the alleged victim said she did not recall the purported sexual assault. The newspaper also stated for the first time that the alleged victim refused to be interviewed, and has made no other comment about the episode. Trump was asked about whether anyone from The Times should be “fired” over the controversy. He called it a “fair” question but didn’t directly give an answer.

“I think The New York Times made another terrible mistake,” Trump said. “It’s a shame that a thing like that could happen… They used to have a thing called fact-checking. They don’t have fact-checking anymore.”

Fox News’ Brian Flood and Gregg Re contributed to this report.