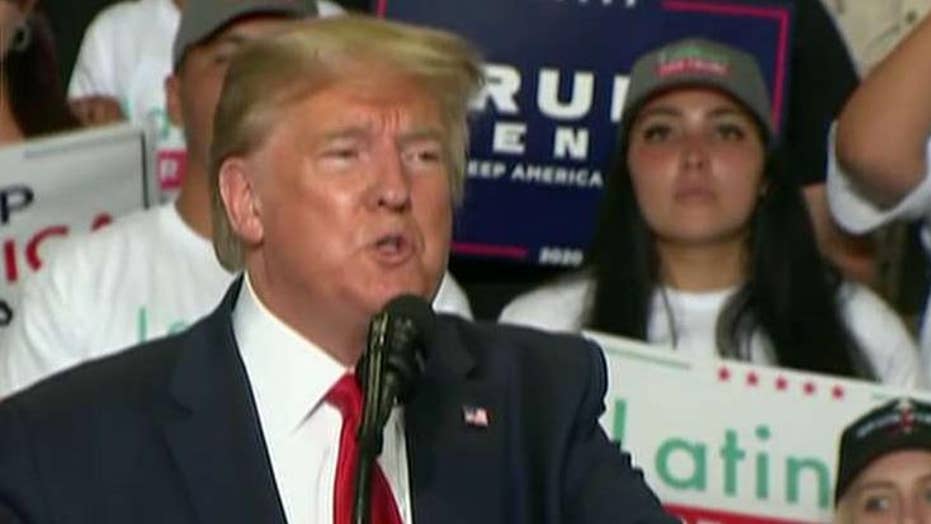 Trump tells supporters in New Mexico that Democrats want to eliminate their ‘God-given right to self-defense’; reaction and analysis on ‘The Five.’

“I am pleased to announce that I will name Robert C. O’Brien, currently serving as the very successful Special Presidential Envoy for Hostage Affairs at the State Department, as our new National Security Advisor. I have worked long & hard with Robert. He will do a great job!” Trump tweeted Wednesday morning.

O’Brien joined the administration in May 2018 and serves as the Special Presidential Envoy for Hostage Affairs at the State Department. O’Brien, who served under Secretary of State Mike Pompeo, led the U.S. government’s diplomatic efforts on overseas hostage-related matters, working closely with families of American hostages, as well as working with the administration on developing and implementing hostage recovery policy and strategy.

O’Brien also served during the Obama administration as co-chairman of the State Department’s public-private partnership for Justice Reform in Afghanistan.

O’Brien will be the president’s fourth national security adviser.

O’Brien’s appointment comes just days after Trump announced that he had fired Bolton—whom O’Brien worked with in 2005 when he served as U.S. Representative at the United Nations during former President George W. Bush’s administration.