Trump mocks Kirsten Gillibrand as she exits 2020 race: ‘She was the one I was really afraid of’ 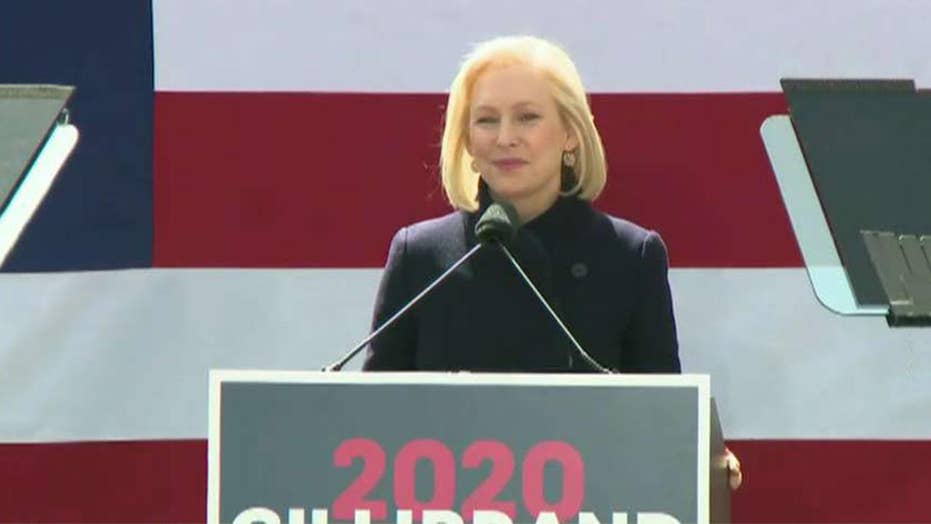 President Trump had some fun at the expense of Sen. Kirsten Gillibrand, D-N.Y., after she announced on Tuesday that she was withdrawing from the 2020 presidential race, suggesting that she was the candidate he’d feared most.

Gillbrand exited the Democratic primary after the latest batch of polls did not help her qualify for the September debate. She was among several candidates who fell short of the 130,000-donor threshold and failed to reach 2 percent in four separate polls.

“After more than eight incredible months, I’m ending my presidential campaign,” Gillibrand said in a video on Twitter. “We wanted to win this race, but it’s important to know when it’s not your time and to know how you can best serve your community and country.”

WATCH: BERNIE SANDERS HAS SOME TROUBLE WITH HIS LATEST SPARRING PARTNER DURING CAMPAIGN STOP

The president saw her withdrawal as an opportunity for some snark.

“A sad day for the Democrats, Kirsten Gillibrand has dropped out of the Presidential Primary,” Trump tweeted. “I’m glad they never found out that she was the one I was really afraid of!”

Roughly half of the Democratic candidates have yet to qualify for the fall debates, including Rep. Tulsi Gabbard of Hawaii, billionaire Democratic donor Tom Steyer, and spiritual guru Marianne Williamson.