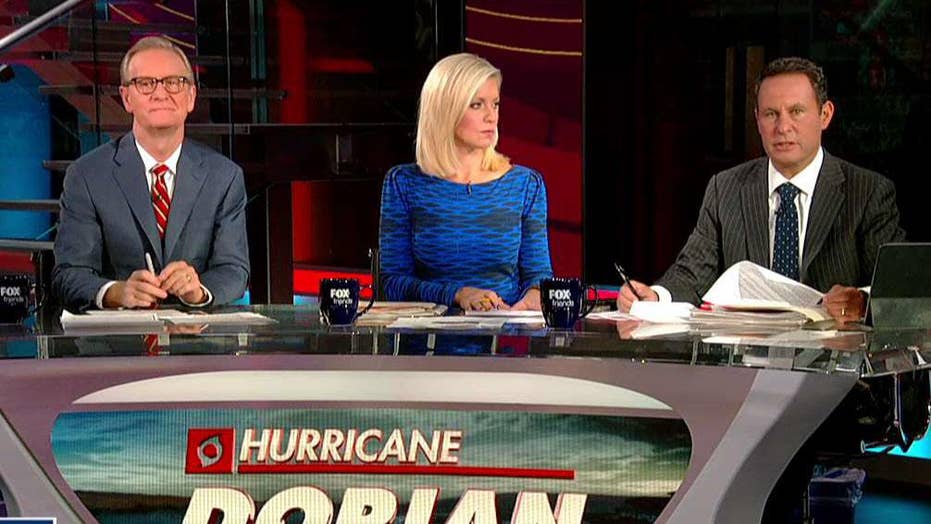 Progressive Democrats say Hurricane Dorian has ‘everything to do with climate change.’

The “Squad” of freshman progressives have garnered attention for their bold stances on issues like climate change, but ahead of the 2020 elections, at least a few other new Democrats are distancing themselves from one of the most controversial proposals to come from the group.

According to NJ.com on Wednesday, none of the state Democrats up for election have endorsed the “Green New Deal” (GND) — a controversial proposal that Republicans have leveraged in their campaigning before 2020.

“I”m very much a proponent of protecting our environment while at the same time I think we have to move forward with legislation that we can get passed,” Sherrill said.

The lawmakers weren’t the only ones to express skepticism towards the law’s feasibility. Leading Democrats in both chambers have dismissed the plan — a “green dream or whatever they call it,”  House Speaker Nancy Pelosi, D-Calif. derisively remarked earlier in the year.

It might not even make it to the Democratic-controlled House floor as New Jersey Democratic Rep. Frank Pallone has refused to bring the proposal into his committee. “The primary focus has to be on what we can do now,” Pallone, Chairman of the House Energy and Commerce Committee, reportedly said.

He pointed to Republicans’ efforts to repeal the Affordable Care Act and environmental regulations.“A big part of what we’re trying to do here is not necessarily moving forward, although that would be nice and we will try do, but trying to prevent the sabotage. What else can you do? We’re only one-third of the system to pass bills,” he reportedly said.

Ocasio-Cortez’s plan calls for a dramatic reduction in emissions within just decades, along with universal health care, affordable housing, and “economic security.”

Conservatives have balked at the plan as a thinly-veiled attempt to bring socialism to the United States. The price tag alone could be problematic for Democrats in the 2020 election. Conservative estimates have projected the GND would cost trillions, inflict a heavy toll on economic growth, and burden swing state voters with thousands of dollars in additional costs.

Advocates of the GND have argued that the alternative would be worse. “We need to start getting comfortable with how extreme the problem is,” she said, “because only until we accept … how bad climate change is and how bad it can be for our children’s lives, are we going to be comfortable pursuing really big solutions,” Ocasio-Cortez said in August.

Sen. Bernie Sanders, I-Vt., a 2020 candidate who has expressed support for the GND, touted his sweeping climate plan as a way to spur economic growth.