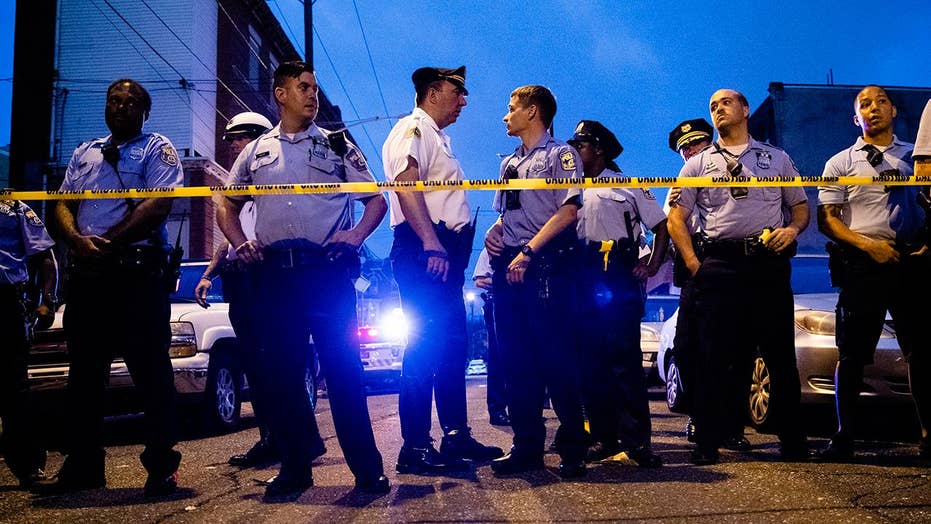 Sen. Kamala Harris faced criticism Wednesday for promoting her campaign’s gun control plan during an appearance on CNN that coincided with breaking news about the police standoff in Philadelphia in which six officers were shot.

“When will it stop?” the 2020 Democratic presidential candidate from California asked CNN’s Wolf Blitzer when he asked for her reaction to the initial reports of the shooting.

As Harris related details of her plan, information about the ongoing standoff was still sketchy.

Social media was quick to deride the presidential candidate for “politicizing” the developing situation before most of the relevant facts were known.

“After only one (1) hour Kamala Harris started talking gun control to Wolf Blizer BEFORE the Philadelphia Police had the shooter in Philadelphia out yet or BEFORE all the cops were OUT of their respective hospital yet ! I know that Harris wants to be the President but hey wait,” one person wrote.

“Why in the world did you come out with your political statements on CNN during the standoff of police and a madman shooter in Philadelphia?? How stupid and irresponsible of you,” another tweeted.

‘You used this as a political tool while bullets were flying and two officers were trapped in the house. Just disgusting. I’m from Philadelphia, we see it real clearly,” another criticized.

One Twitter user suggested her statements weren’t worthy of a president.

“Before the facts come out you took the opportunity to pre-judge the shooter in Philadelphia … You have no clue about the gun or individual. Definitely not Presidential.”

“BEFORE IT’S EVEN RESOLVED YOUR POLITICIZING THE PHILADELPHIA SHOOTER,” another wrote.

The shooter, identified as Maurice Hill, 36, who has an extensive history of gun-related convictions.

Philadelphia Police Commissioner Richard Ross told reporters two officers with the Narcotics Strike Force were serving a warrant when the shooter opened fire at the home.

All of the wounded officers were expected to recover.