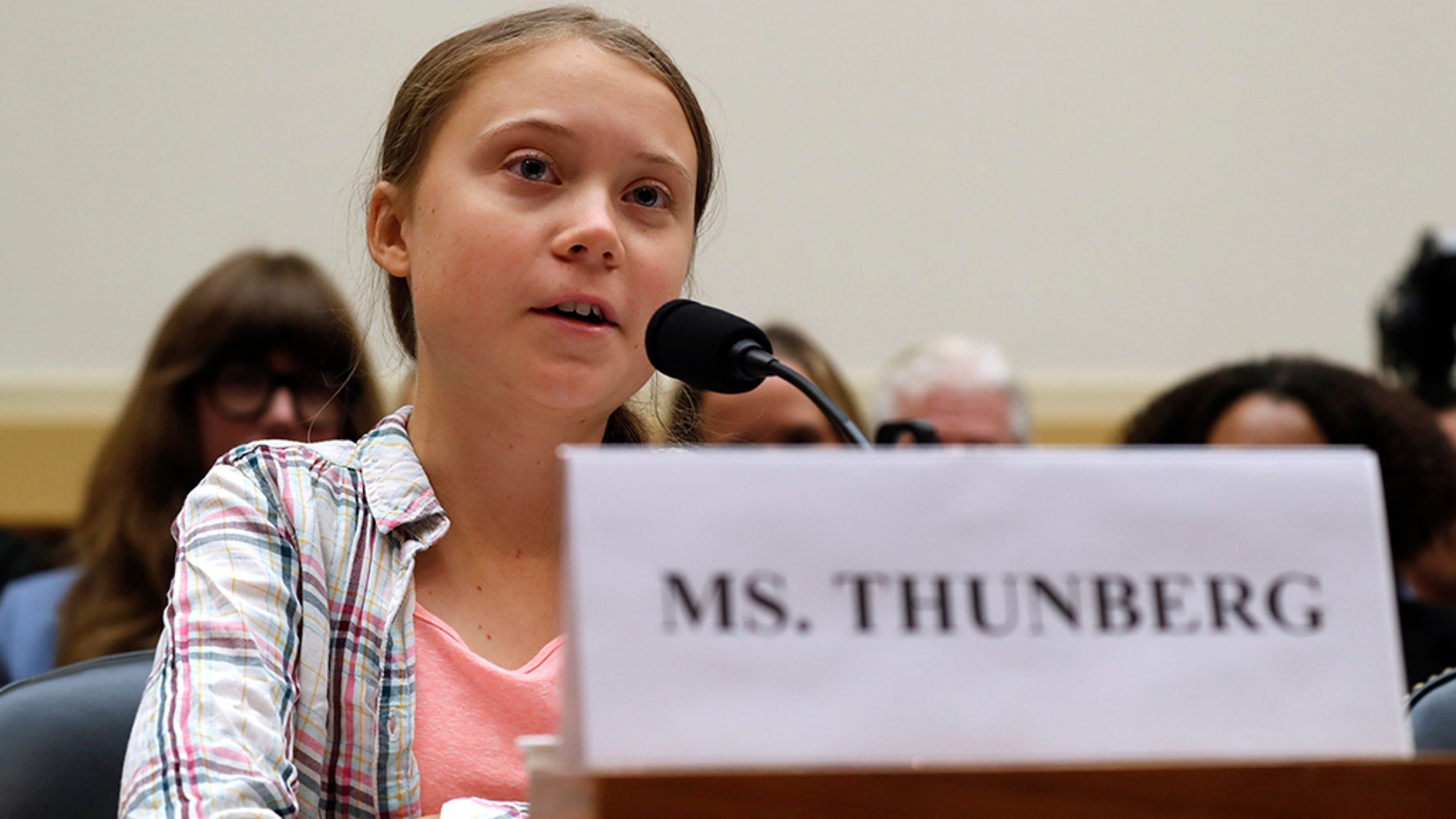 Teenage activist Greta Thunberg appeared before members of the U.S. House of Representatives Wednesday to answer questions about climate change, but made it clear that she is not the one lawmakers should be listening to.

Instead of delivering an impassioned address, she opted to let scientific research do the talking, in the form of a 2018 report from the Intergovernmental Panel on Climate Change.

The report warns of the dangers the Earth would face if global warming rose to 2 degrees Celsius above pre-industrial levels, and called for efforts to keep warming no more than 1.5 degrees higher. It says that it is “likely” (defined in the report as between a 66 percent and 100 chance) that warming could reach 1.5 degrees higher than pre-industrial levels some time between 2030 and 2052 if increases continue at the present rate. The IPCC says that already “[h]uman activities are estimated to have caused” about 1 degree of warming.

Thunberg, who is Swedish, kept her remarks brief during the hearing. While other young activists delivered impassioned pleas before Congress, she made concise points. Climate Crisis Committee Chairwoman Kathy Castor, D-Fla., raised the argument — mentioned earlier by Rep. Tom Graves, R-Ga. — that the problem was not U.S. performance when it comes to harmful emissions, but bad actors like China who are not doing enough. Thunberg said this argument works both ways.

“Another perspective,” she offered. “I am from Sweden, a small country, and there it is the same argument. ‘Why should we do anything, just look at the U.S.,’ they say, just so you know. That is being used against you as well.”

Thunberg also testified Tuesday before a Senate climate crisis task force meeting, where she was also strictly business. After lawmakers lauded her and other young activists, she reminded them that she was not there for compliments.

“Please save your praise. We don’t want it,” she said. “Don’t invite us here to just tell us how inspiring we are without actually doing anything about it because it doesn’t lead to anything.”

Thunberg suggested that Congress invite experts to testify instead.

“If you want advice for what you should do, invite scientists, ask scientists for their expertise. We don’t want to be heard,” she said. “We want the science to be heard.”

Thunberg arrived after crossing the Atlantic on a yacht powered by wind, solar energy, and two water-powered generators. She departed from Plymouth, England on Aug. 14, and docked in New York two weeks later. Since then, she has met with former President Barack Obama and other political figures.

Earlier this year, Thunberg was nominated for the Nobel Peace Prize. Currently, the youngest recipient of the award is Malala Yousafzai, who was 17 when she won in 2014.